BREAKING TEMPO / AND WITH YOUR SPIRIT 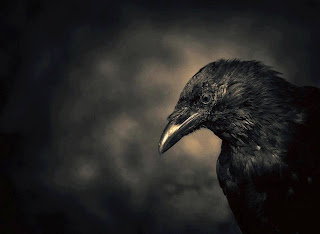 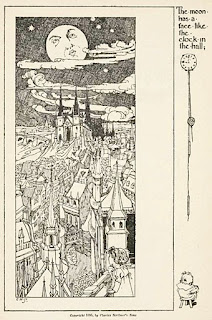 This poem appeared earlier this year in Medusa's Kitchen.  It is part fiction, part remembrance.  Baxter is E.R. Baxter III, my best friend back in Niagara Falls, NY.   He is a poet, novelist, and a wonderful essayist with more than a few books in print.  His Niagara Digressions is a lovely collection of essays.


BREAKING TEMPO / AND WITH YOUR SPIRIT

There is a slight rise just at the edge
Of the wood where the trees seemed
To have decided they would go no further
Than this.  A rise pushing up with
Visible boulders and short grass.

When I used to go there it seemed
Very important to get right to the brow
Of the place.  There one was even with
The tops of the trees and could look down
To the ice-edged creek that named the place,
The Baxter Run the people called it.

Baxter had had a farm not too far
From the rise and the stream was a quick
One, moving over rock, heading for the lake
With a couple of deep holes
Where dark fish dwelt, sun fish,
Perch, crappie and bullheads.  Raccoons,
Foxes and raptor birds liked to come here.

I decided to come here for the same
Reason these creatures did,
To know the place.
A place to put my heart and to know it
In my blood and feel it in my bones.
A place where, no matter who came there
They could never find it as I had.

In the silver of summer, if it were quiet
I could hear the lake water lapping
Just at the edge of sound.

A place where I could image old Baxter
Getting up from his kitchen table, lighting
A cigarette, putting on his coat and boots
And making is way to the barn
Where the few head of cattle he kept
Waited for him. Their lowing in the night
Air just above the waves.

He too would walk by the Run.
He too would see the same water
Curl around the edge of the farm,
Past the cabbage field and into
The hardwoods to the rise.

Some evenings I could hear him talking to the cattle,
His voice deep and resonant, a caring.
Then I was the fox and the raccoon,
Then I was the darkened wing headed
Into the woods to find where the night was safe.

Now I wake from deep sleep
In a bed on the other end of evening
And I am on that rise above Baxter’s run.

I wish for a moon.  I get one.
If I want to see the water rushing
Just beneath the thin ice, I am able
To do so.  If I wish this place
To become forever, it does so and I become
The place, the rain, the snow,
The wildflowers of Summer,
The insect orchestra.
The tendrils of each day breaks
And there will never be anything
Greater than this peace.