A TALE FROM THE OLDEN TIMES 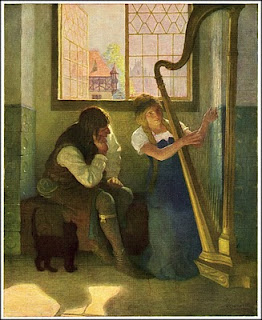 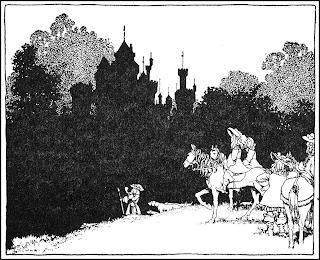 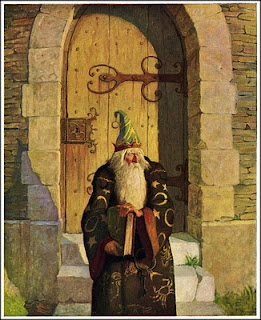 Wyeth- The Mysterious Stranger - The Astrologer

A TALE FROM THE OLDEN DAYS

Now long before Tellan was known by that name, before the time of Talan, called the elder, long and wise the ruler of the lands beyond the cusp of the hundred forests, there dwelt a race of people in that place.  Handsome they were, to be sure, fair of face and limb, courageous in all endevours and wily in their understanding of the forests and the myriad of creatures in it.
They knew the dwelling place of the great bears and often sang songs to them in the Spring of the year, just before they awoke from their white sleep.  They told them of the bushes near Marlee, close against the sea, where the gooseberries were green as buds and sweeter than the honey trees distilling high above the forest floor, full of heady buzzing and the making of dances that named the summer.  They sang of streams, cold from the snow, that bristled with the cool white flesh of fish eager for the taking, leaping high into the air, silver sides reflecting rainbows to the morning.
All these things they said in their songs and not one word to any one of them.  All noises like the wind, their mouths, streams of water sounds and squealing in the great hallways that divide the shadows from the light, the elder trees from copses of saplings in their fresh and green regalia.
These songs became most popular and their singers were renowned among the creatures of the forest of Marlee.  Even to the bears, the best of caves were those that bordered close to the villages where these singers dwelt so that their waking in the Spring would be a kind of blessed, secret, news that moved within their bones and made the waking to the world a magic thing.  Indeed, it was the cubs of these great beasts who heard these songs upon their birthing; often days before the mother of the cubs could rouse herself enough to sniff the air to know the temper of the season.  Their young bear hearts were filled with these sweet noises and likewise filled their newborn hearts with knowledge of these forests long before they would know them through their other senses.
And of these singers the greatest of them was Reman, son of Jaben and of Carth, who soothed by birds and who could dance the tempers of the winds.  His songs were full of every stream and brook and indeed, the rivers flat and steely flow could also be his song as were plays of light along the banks of each and every bend and eddy of each stream.  He knew the days and of the ways of clouds, how they flew and what messages they carried through this place.  “I am full of rain”, said one and Remar danced this bliss.  “I am from the south and sweet upon the breath the scent of roses are the diamonds on your fur this morning.” said another.  It was liquid on the skin of Remar; he danced the roses, became diamonds.  These were the gifts of this greatest of singers.  For these songs all the gods of the seasons gathered about him.
Then one time, it was in the Spring, after Marlee was awash with the fine cloak of new green and the brightest of whites and pinks, aglow beneath the coursing of the clouds, Remar made a sound within his throat that raced between the dance and the color of the eyes of a female bear he had seen in the autumn of the failing year, just before the long sleep was to begin.  From somewhere deep within the coils that gathered together to make Remar and his knowing, came a sound that was not of the dance.  It was a name, a thing unknown until this time.  He made this name loud in Marlee and from all the camps and growing kingdoms fraught with their own dreamings of the Spring, this sound was heard.  And once this sound was made and took its course across the being that was Remar it was single thing, for as long as Tellan was separated from the seas that were the realm of Szooh, this sound came without a cloak, rushing from the mouth of Remar and all was changed.  All sounds that came from his dancing had things attached to them, places and actions that had had no sound in the place of the great beasts who sat long, once at the feet of this teller of dances and tales.  The sounds of the wood dissolved and speech came into this ancient world and Remar and Marlee and all that followed after were no longer understood by the beasts who dwelt there and in strong and unrecoverable sounds, this speech to all the animals was lost, and has dwelt forever in the bosom of a goddess chosen for this singular purpose, long before the dancing came into Tellan and long before the great kings of this land could know the machinations of the eldest of the gods.