TWO EXCERPTS FROM 'SEE YOU IN THE MORNING' BY KENNETH PATCHEN

Kenneth Patchen published 'See You in the Morning' with Padell, New York, in 1947.  i do not think it has been re-printed since then. 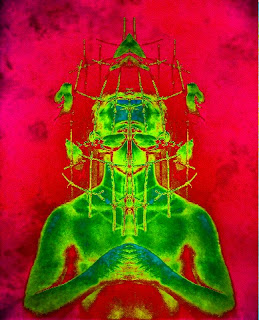 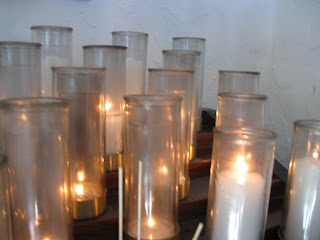 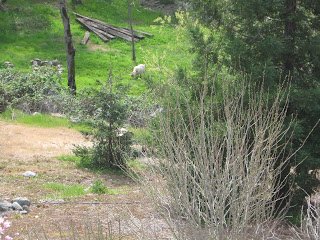 Soft dark velvet shoes walking slowly down into the valley.  Red barns turning gray....
Stars coming out like bubbles in a dish of ink.  The frosty breath of the river wreathing up into the purple mouths of pine trees.
Houses.  A dog barking....
Fields.  The irritable good-nights of blue-jays....The rusty creaking of a windmill....
The ruhhahahanahaha-ing of a distant train.
"Did you lock the chicken coop, michael?"
The light going fast.  The lonely whistle of a boy coming back from the pasture where he has taken the cows.  He vaults the rails of the fence, catches the whistle again.  The cows move forlornly about, shadows of waning shadows, their hooves like frozen, ugly fingers pressing into the wet grass.
Ruhhahnanahahahaoooahahooeeee....
"We'd better bring the tools in from the garden - it feels a lot like rain."
"Oh it won't rain tonight.  wouldn't surprise me, the wind'll shift back the other way afore Jack Benny comes on."
A chipmunk flings across the road, his cheeks bulged out like tow furry little baseballs.  the dipping headlights of a car just miss him.  He is already swinging off to a second tree when the roadster comes up.


A creation of haphazard order, the craning necks of trees dipped sleepily off into the remote and ever-changing lacework of lights which pinpointed the village far below them.  The moon clung to the chimney of the old house like a silver gumdrop pressed down by giant, invisible fingers - veined by the occasional licorice of a darkening cloud.
Horses, serpents, drunken warriors, castles, thousand-legged frogs and whole histories of the unexpected floated above them with that zeal characteristic of things which partake of eternity.
And higher still the ancient stars, like flowers torn from milk, tossed silently on their velvet table.  Over in the orchard the night breathed through soft, perfumed nostrils; and down on the riverbank violets shuddered delicately under festive lips.
ere and there on the roof of the mansion leaves of moonlight scampered about like frightened flows.  the broken windows looked out like eyes into which tinsel and burnt apples have been smashed.  A loose drainpipe under the eaves rattled like the can of an old man tapping across a rusty floor.