THE NAMES OF THE WINDS 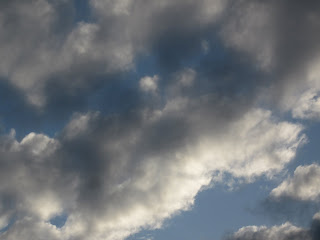 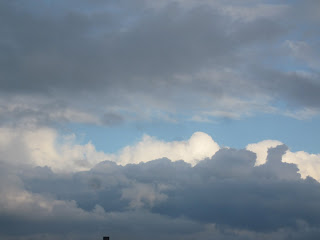 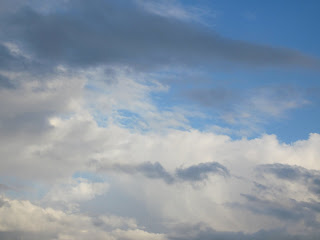 THE NAMES OF THE WINDS

Houghton Mifflin Company in the United States and by The Riverside Press, Cambridge. It is illustrated by the author.

“Have you heard the wind names of the world, which are among the least known and most beautiful of words? They are truly the heritage of all men for they reflect the tongues of history from ancient Cathy to the slang of the United States Army. Consider the dry khamsin of Egypt, reputed to blow sand unceasingly for fifty days; the westerly datoo of the Straits of Gibraltar; the misty waimea of Hawaii; the cool pontias from the Rhone gorges; the chinook of the dry American plains; the sudden violent williwaw of Alaska and Magellan’s Strait; the biting black buran of Russia; the great typhoon of the China Sea; the whispering matsukaze which shifts through Japanese pine groves; the mild shamal that descends the twin valleys of the Tigris and Euphrates; the warm brickfelder of southern Australia; the playful vento coado which whistles through crannies in the hillside hovels of Portugal;the snorting sonora which crosses Arizona from Mexico to California each summer’ the dainty feh of Shanghai; the whirling tsumuji of Japan; the vindictive rok of Iceland; the refreshing imbat off the blue Mediterranean; the ruthless helm wind of Cumberland which uproots turnips in the field.

Can you feel the rhythm of the wind in human memory? It is a music in the sky and in men’s souls. I cannot refrain from listing them, even at risk of being encyclopedic. It has taken years to snare some of them, and the evidence is that no real wind roster has ever before been assembled.

Faring further into thr sky then, it becomes obvious that the winds of the world are of distant lands. There are the hot, dry winds like the simoom or “burning wind” which are said to wreak great hardship on all living creatures and the moving parts of all machines. Wagon wheels have to be tarred in a desert wind to prevent a fatal brittleness. A wooden flute must be dipped in cool water or oil to prevent it from splitting end to end. And sometimes men are driven to desperation by the parching of their skins, and their throats and noses. Herodotus tells us of the ancient people of Psylli (Tripoli) who became so hysterical when their wells dried up that they actually declared war on the simoom and marched into the Sahara with clashing cymbals and beating drums until they disappeared into a red cloud of whirling sand.

Leste - warm easterly wind of January in the Medeiras

Naalehu - of Hawaii, blowing from the arid interior areas.

Haboob - of the Sudan, the black roller of the upper Nile

The last mentioned khamsin blows most of the summer from Aden to Cairo carrying so much sand that it is the obvious modern explanation to the ‘darkness that could be felt” of the ninth plague of Egypt.

Then there are the stormy northeasterly winds of passing low pressure:

Steppewind - of Germany blowing from the steppes

Buran - of Russia, usually with snow

Bise - dank wind of France (sometimes blowing from the North)

Hokuto no Kaze - of Japan

Nor’easter - of New England, a variant of the blizzard

Southerly burster - of Australia, preceeded by an eerie lull

(these two are southern hemisphere counterparts of northern NE winds)

Of the true north winds are:

Leung - of the China coast

Belat - of Arabian coast in winter

Etesian - of cool summer afternoons in Greece and Levant

The last mentioned wind helped Benedict arnold’s fleet stop the first British invasion from Canada in the American Revolution. this was at the Battle of Valcour Island on Lake Champlain, October 11, 1776, where, by taking a northerly upwind position for his ambush of the superior British fleet, Arnold gained the indispensable advantage.

The non-simoom south winds are fewer but no less fraught with character:

Siffanto - up from the hot heel of Italy

Kona - of Hawaii, sultry and petulant with many varieties

Vandavales - out of Morocco and blowing over Spain

This last isthe gentle breeze which, at the Battle of Trafalger, influenced Nelson to risk attack in two columns instead of the traditional line.

Of plain east and west winds like the helm, the haur, and the datoo, the most famous in history is the east wind that blew at the Siege of Orleans. As joan of Arc on the west bank of the Loire prayed to Saint Catherine to help her men cross on their gun rafts to attack the English fort, it miraculously changed into a west wind. Cried Dunois, in the words of Shaw: “West wind, west wind, west wind. Strumpet: steadfast when you should be wanton, wanton when you should be steadfast...west wind, wanton wind, wilful wind, womanish wind, false wind from over the water, will you never blow again?”

Trade winds cover vast areas, and the best known ones are the northeast trades that extend around most of the earth from the wind equator to the north horse latitudes, while corresponding southeast winds blow trade over the equivalent Capricorn belt. Some special trade winds are:

Of more local type are the treacherous down-blowing or fall winds, warm and cold, of the ice slopes of mountains - particularly the gusty foehn winds of the high Alps, the Rockies, Andes, and the deep fiords of Norway and Greenland which blow savagely down from the lee heights, becoming drier as they warm under the pressure of lower altitude. This family of down-blowing winds, which sometimes move with boiling turbulence and form jets in local valleys, has undoubtedly brought disaster to more unwary fliers crossing high mountain ranges than any other type of wind there is. The foehn has been estimated to throw pressure altimeters into error by as much as 1000 feet on the optimistic side near high peaks, and even though it is a fall wind the effect of tis wave motion has been observed to reach twenty five times the height of the mountains. Fall winds include:

Yamo oroshi - foehn of the steep valleys of Japan

Zonda - foehn of the Andes in Argentina

Klod - Balinese wind that blows “downward to the sea”

Reshabar - lusty and black, out of the high Caucasus

Gregale - a Maltese wind down from the Balkan highlands

and these northerly winds which bring cold air masses down from continental plateaus to balmy coasts:

Mistral - down from the Cevennes to the French Mediterranean shore

Bora - the dry, blustery, katabatic wind that cools the Dalmatian coast and freshens Naples before the dawn

Monsoon - off the Tibetan plateau to India in Winter

Tehuantepecer - the mistal of Mexico, down from the central plateau

Sometimes the lesser lee downdrafts are poetically referred to as air falls, jsut as their counterparts to windward are known as air fountains.

Akin to these gravity winds are the squally kind:

Galerna - of the Bay of Biscay

Chocolatero - of the Gulf of Mexico

Bull’s Eye Squall - off the Cape of Good Hope

Sumatra - westerly squall of the Indies

Reffoli - 100 m.p.h. gusts associated with the bora of the Adriatic

Wisper - of the Rhine, attaining great strength in narrow valleys

The sea breeze has several poetic names, particularly on the Mediterranean coasts:

Datoo - blowing from the west across Gibraltar

Levanter - blowing over the Balearic Isles from the east

Libeccio - southwesterly wind also of Italy and, like the Ponete, mentioned by Milton in Paradise Lost

In other places it is known by other names:

Monsoon - of summer in India

Kadja - of Bali, blowing, “upwards to the mountains”

The Doctor - of English-speaking shores

Kaus - of the Persian Gulf

And there are the very gentle breezes:

I tein tien fung - a sigh in the sky of China

In contrast the mightiest of winds, the great West Indian hurricane (from the Taino word “huracan” or “evil spirit”) dominates the Caribbean as the typhoon (from “ty fung” “great wind”) the China Seas. But this elephant among the winds has many names for his many haunts, among them:

Mauritius hurricane, or cyclone - of the Indian Ocean

Baguio - of the Philippines

Willy-Willy - of the Timor Sea descending into north Australia

Of his lesser cousins, the high gales, there remain:

Colla - of the Philippines

Elephanta - of the Malabar coast

Most of the true tropical hurricanes are born mysteriously and unattended in the giddy heat of the doldrums. Little is definitely yet proven about the dynamics of their origin. But their initial power is widely conjectured to come from a rising vortex of heat over water that “must be at least 82 degrees F.” and surrounded by a certain amount of atmospheric instability.