Guy Murchie, Two poems and some photos I took 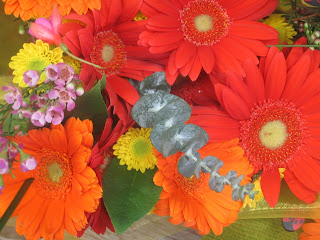 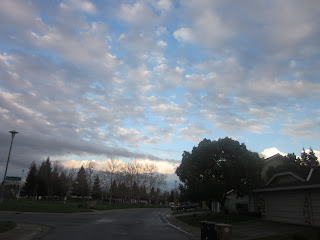 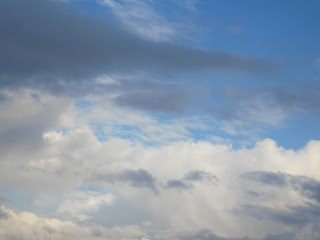 Right now I'm working on preparing a long excerpt form Guy Murchie's book SONG OF THE SKY. This is a very long but beautiful excerpt from Guy Murchie’s SONG OF THE SKY - An exploration of the ocean of air published in 1954 by houghton Mifflin Company in the United States and by The Riverside Press, Cambridge. It is illustrated by the author.

Murchie is one of the most amazing writers of expository prose I have ever read. I hope to have it done by the weekend. Meanwhile here are a couple of poems first published in Medusa's Kitchen earlier this year.

That spills over the edge
Of the world as we imagine
Water or song made carnate;
Rippling with flesh and somehow
Telling tales the while. It is all
Discovery and the opening of the field.

Once again, decades later and still
Chanting Duncan’s admonition,
“There is no greater wrong than
To force the song,” a flock of
Yellow birds through dappled forest
Light, twitting and a flash of wings.

“Oh we have seen him there,” we swear.
“We have and leave off from our task.”
I stand and stare even further
Into the forest knowing that we do not
Know what lies there and knowing that
We must go anyway and find that
Water we imagined towering like a
Pillar and astounding the very stars
With its poses and quick stances
Saying our name and asking us to watch it churn.


We watched the earth forgetting.
There were animals no longer seen,
Gems so brilliant they could create
Silence in the mouths of great kings,
The humming across Summer of insect
Joy, drifting their song above flowers
No longer seen in the draperies
Gathered by the seasons. Whose
Smile was that? and it is gone
Down the street, not part of
Memory at all, a flash, then nothing.

The music of a piano and a concertina
Wrapped in late evening and dressed in
Sharps and flats has gone dancing.
It will not come back. Perhaps
It will be mined from a lost manuscript
Far from now and be seen at eleven o’clock,
But for now, the earth has forgotten.

It is busy counting waves against a thousand
Shores, finding them unspeakably beautiful.
It watches the moonlight on wheat fields
Ready for harvest beneath a full moon
Wondering what color they are, how it
Might be called, if at all. There is
Always more. It forgets the leaves of
A thousand trees and waits for us to
Notice they no longer have names.

Our families stretch their blood lines,
Their nets of living and dead upon the
Days, one upon one and suddenly one
Is forgotten, then two, then an uncle
Who was last remembered by a niece
Many years ago because he offered her a
Lovely glass he had found in a small
Store in the midwest. “I believe that store
Is no longer there. Perhaps you will
Like this glass. Look, it catches the sun
As if it being careful of the light.”

For now we will sit on the steps just
Outside the house and allow the moments
To come down around us without purpose
So we might better understand the earth,
Her strange habits, her long, long thoughts.