Here are two poems and some images, two of the images I did. 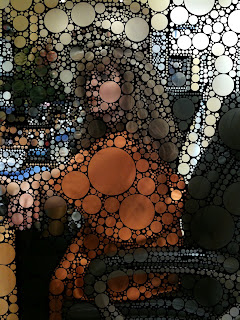 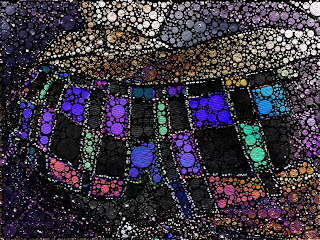 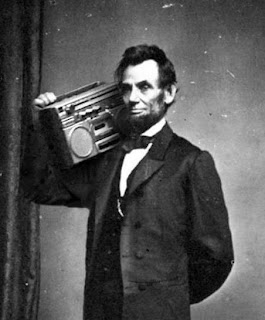 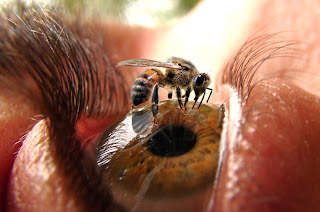 Did. There was a sharp crack, but not

Loud, a twig snapping or a glass

Marble checking into another.

Then the lurching. It probably was just

Me moving that way but I knew it

Difference with which the minutes

Plus it was dark. I could hardly see

Anything but I knew it was all right,

All correct, all lined up ready to inspect.

Then the words started coming on their own.

They weren’t about to stop or claim

Inspiration. They belonged there with

Or without me at the reins.

I retired to the edge of the mesa where

I could look down on the whole thing

Not away from anything, not connected in any

Way, but so sure of myself I bought a pack

Of smokes and lit them one after

Another until they were gone

On the tiles just below the garden

Pieces, more still than death is

Able to make us understand. There

Was no blood. It was not a great

Tragedy, just an unwinding, a slow

As we returned from the hill near

The edge of the sea, from watching the

Morning slide its fingers into the cove

Through the woods. You said the sun looked

There been sound beyond the soft

Ticking of the waves into the coolness.

No, it was just the fact they were

Broken. The end of a sentence or

The beginning of a lesson we hadn’t

“Raccoons”, the gardener said, “They will

they do it just to see what it looks like,

Just to see what will happen.”